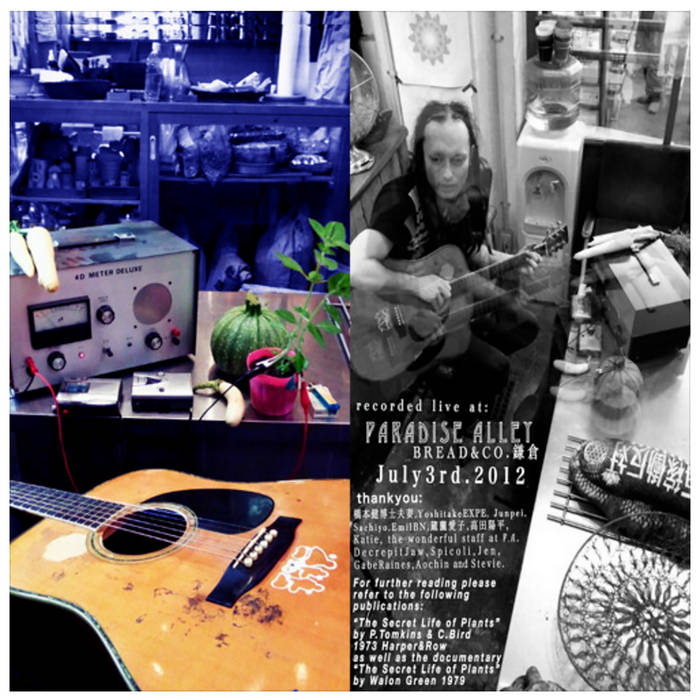 This is a live recording of an improvised session between Jarvis Earnshaw (Guitar, Tapeloops & Voice), 2 Carrots, a Zucchini and a Basil plant using a device called the 4D meter invented/developed by Dr. Ken Hashimoto. The 4D Meter is a device that can translate the feelings and emotions of a plant into a synthesized sound as seen in the wonderful documentary "the Secret Life of Plants" 1979 by Walon Green.
Recorded live on July 3rd 2012 at Paradise Alley in Kamakura Japan
Now available in mini-cd format through www.jarvisearnshaw.com
ENJOY!

Bandcamp Daily  your guide to the world of Bandcamp

New sounds from Mavi, Ivy Sole & Moderator, plus AJ, the One joins the show, for her latest release